​Creative Drama - Intro to Acting and Creation Class
Students will learn the basics of telling a story using their voice, body, and mind in this fun introductory course to creative drama. Using play based learning and improvisation students will be encouraged to discover their own creativity and build confidence to communicate the thoughts and feelings of a character. Students will be exposed to a number of short plays and/or scenes and go through the process of auditioning for and being casted in a piece that will be developed throughout the course and presented in a Student Showcase on the last day.

​Registration
If you would like to register your child(ren), you have multiple options:
Email Andrew at andrew@jpra.ca if you have any questions about this program! 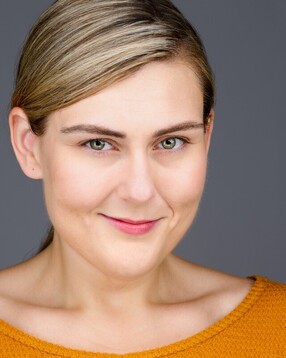 ​Caity Smyck (she/they) is a creator, performer, and maker of things originally from Calgary, Alberta. She is currently based in Ottawa after completing her BFA in Acting at the University of Ottawa. In 2022, she created Unmatched with Levity Theatre and performed in the production in a 4 city Fringe Festival tour across Canada, winning Best of Venue in Hamilton. Prior to that she created and performed in their premier production SOLD which was part of the 2021 Calgary Fringe Festival, which won the Emerging Artist’s Jester’s Cap award. Some of her favourite roles include Lisette de Courval in an english production of Les Belles Soeurs directed by Joël Beddows, Clytemnestra (Iphigenia and Other Daughters, University of Ottawa), Ladybird (James and The Giant Peach, Nosecreek Theatre), Mrs. Clay (Persuasion, Workshop Theatre), and Sister James (Doubt, Liffey Players). Currently she is in the process of creating Levity Theatre’s newest production label and participating in a new initiative in collaboration with the Ottawa Children’s Festival to create new work for Theatre for Young Audiences here in Ottawa. She is also newly working with TACTICS on two of their 2023 Main-stage productions as Production Manager.